Census 2016: ‘The most significant invasion of privacy ever perpetrated on Australians’

For more than 100 years, the Census has “provided a snapshot of Australia, showing how our nation has changed over time and allowing us to plan for the future.”

However, as Australians prepare to partake in the latest Census tomorrow, there has been some concerning new changes to the process that has outraged citizens and privacy advocates, as Ethan Nash explains. 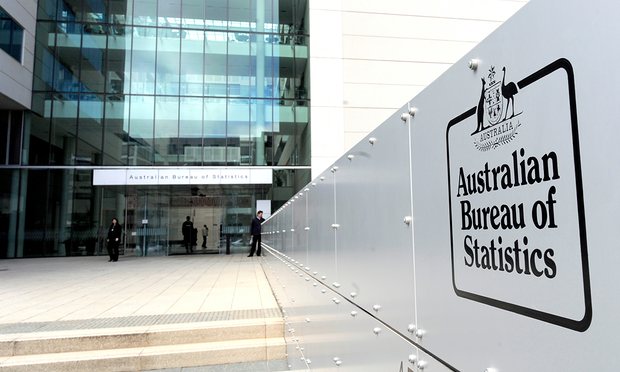 The Census of Population and Housing is Australia’s largest statistical collection undertaken by the Australian Bureau of Statistics. For more than 100 years, the Census has “provided a snapshot of Australia, showing how our nation has changed over time and allowing us to plan for the future.”

However, as Australians prepare to partake in the latest Census tomorrow, there has been some concerning new changes to the process that has outraged citizens and privacy advocates, as Ethan Nash explains.

Follow-up opinion piece: #CensusFail: Another example of why we should never trust the Australian government

At the end of last year, the Australian Bureau of Statistics (ABS) announced that the department is expected to retain “all the names and addresses” it had collected “to enable a richer and dynamic statistical picture of Australia.”

This move came as a sudden shock to Australians, as previously it was optional for people to allow the Australian Bureau of Statistics to retain their name and address when completing the Census. The ABS, at the same time, also recently made the change to retention of name and address data from 18 months to four years.

This decision was reached after conducting a rapid ‘internal assessment’ into the future of the Census – an assessment taken with no independent oversight. It follows two previous similar proposals, both of which were scrutinized under a process of oversight, and were rejected in 2006 and 2011.

The move is a part of the Australian establishment’s new ‘security-over-privacy’ approach in recent years, a notion introduced when former Prime Minister, Tony Abbott stated ‘the balance between security and freedom will have to shift‘ before introducing three pieces of ‘anti-terrorism’ legislation in 2014.

Related: The Fall of Australia: An overview of new ‘anti-terrorism’ legislation

Set to be carried out on August 9th, the national survey is compulsory, with measures in place to punish those who do not participate. The Census website reads:

The Census is compulsory. Everyone in Australia on Census night must complete the Census. The information is collected under the authority of the Census and Statistics Act 1905.

In some cases, penalties can also include a criminal conviction for failure to complete and return a form when directed.

The move has subsequently been slammed by privacy advocates over the extended retention of names and addresses, and the confusing nature of new moves online to complete the form.

In an era where governments are cracking down on speech, introducing laws restricting the right to silence and the right to protest, and after an election triggered by a bill to squash workers rights, there’s plenty of anxiety to go around.

We now live in a country that has seen repeated examples of both government and opposition ignoring legitimate concerns raised by privacy advocates about existing or new policies.

A former statistician for the ABS, Bill McLennan, was the first to sound the alarm on the name and address collection. In a recent public statement, he expressed his concerns with the erosion of anonymity and the increased retention of data:

This, without doubt, is the most significant invasion of privacy ever perpetrated on Australians by the ABS.

In addition to privacy concerns, Dr. Mark Gregory from the RMIT School of Engineering told media that “Australians should be worried” about the ABS collecting their personal information, stating “…they can’t guarantee the security of the information.”

The dataset available from a national census would make the social data, call logs, and other vast swathes of information that we know government agencies are scooping up, that much more dangerous.

It was over a decade ago that the US Department of Homeland Security admitted accessing US Census data on Arab Americans, and the data-mining, automation and ease in cross-populating of data sets has only improved since then.

The ABS has defended the decision to store mass information and is ensuring Australians their data will not be sent to other government agencies or businesses. However, despite the claims, the Herald Sun reported today that the ABS earned $41 million last year selling their documents, according to internal documents.

Related: Erosion of Privacy in Australia: Basic facts you need to know

In recent weeks, data retention has turned out to be only the first of many concerns surrounding the Census, which would soon grow when independent Senator Nick Xenophon highlighted confusion over the shift to an online form.

Australians now have the option of doing the Census online, using a 12-digit identification number. If you choose to fill out the census online, the fields for name and address are mandatory. If you wish to remain anonymous, Australians can call a phone hotline to request a paper copy.

However, phone lines have quickly become jammed with an abundance of people attempting to obtain a paper copy, and with phones and emails at the ABS unanswered, and the $180 per day fine for not completing the census to be enforced, it provides a convincing scenario of coercion for many.

Top privacy advocates have slammed the proposals, stating that they represent the most significant and intrusive collection of identifiable data every Australian, that has ever been attempted. It will allow the ABS to build up, over time, a rich and deep picture of every Australian’s life, in an identifiable form.

Census night is tomorrow. If you’re against filling out the lengthy and probing survey due to privacy concerns, you may be able to get away with leaving key information out without being slapped a hefty fine.

Privacy adviser and IT security consultant Roger Clarke has made a list of ways to potentially avoid doing the Census, which has since been picked up by the Electronic Frontiers Australia (EFA).

He makes it clear that he neither encourages nor discourages any of the actions mentioned (we don’t either, for that matter), but it is some food for thought for those who really don’t want to complete the Census due to privacy concerns.

In addition, see the article How To Keep Your Name Off The Census Without Getting Fined for more information on potential loopholes in the application process.

For a more staunch approach of resistance, some are also currently looking through legislation to find a legal ground of refusal, and some, have made the decision to boycott it completely.

In an article for the Sydney Morning Herald, former Deputy Privacy Commissioner of NSW and Director of Salinger Privacy, Anna Johnston, detailed why she won’t be filling out the Census tomorrow.

Here is a snippet:

The short version is this: Yes to a national snapshot. No to detailed data-linking on individuals. That’s not what a census is for.

I have wrestled with what my personal position should be. I am normally a fan of the census. It has an important role to play in how we as a people are governed.

But as a former deputy privacy commissioner, and a privacy consultant for the past 12 years, I can also see the privacy risks in what the ABS is doing.

There are those who say that we shouldn’t boycott the census because it is too important. To them I say: bollocks. We know where that ‘too big to fail’ argument leads: to more arrogance, more heavy-handed treatment of citizens, more privacy invasions.

I don’t like being forced to choose, because I believe Australians deserve to have both good quality statistical data for government decision-making, AND their privacy respected. But on Tuesday night, I will choose privacy.

The census should be a national snapshot, not a tool for detailed data-linking on every individual. Now convict and fine me if you disagree.

Nick Xenophon, Senator Scott Ludlam and Senator Sarah Hanson-Young have also all announced they’ll be refusing to include their names on the form tomorrow, as Labor urges the public not to follow their path of civil disobedience.

In closing, this article is not here to tell you what to do tomorrow. However, the underlying message that needs to be stressed – regardless of outcome – is that this discussion is a positive step for Australia.

After massively ramping up their surveillance of every citizen whilst taking compliance for granted, they have eroded public trust in their willingness to protect individual privacy. In an era of ever-expanding state power, wholesale reliance on the benevolence of future governments to not misuse the power – currently being forcibly extracting from us – is no way to achieve census consensus.

The government works for us – the people.

They are telling us not to worry about one of the biggest collections of mass data in recorded history, and that is something you need to remember when choosing what your decision is tomorrow.

The fact that citizens are raising these concerns, and that they still remained unanswered at this late stage, highlights that we are lacking in political leadership and best practice policies. It doesn’t bode well for the future of Australian governance and that is a very positive situation to be in.

#CensusFail: Another example of why we should never trust the Australian government: https://tottnews.com/2016/08/10/discussion-census-fail/

Why I won’t be filling out the Census tomorrow: http://www.smh.com.au/comment/why-i-wont-be-filling-in-the-census-tomorrow-20160808-gqnapp.html

How To Keep Your Name Off The Census Without Getting Fine: http://www.lifehacker.com.au/2016/08/how-to-keep-your-name-off-the-census-without-getting-fined/

‘Australian should be worried’: Concerns over Census privacy: https://au.news.yahoo.com/a/32235842/australian-should-be-worried-concerns-over-census-privacy/#page1

Many People are Very Concerned about the Census of 9 August 2016: http://www.rogerclarke.com/DV/Census-2016.html#What

Erosion of Privacy in Australia: Basic facts you need to know: https://tottnews.com/2014/01/23/erosion-of-privacy-in-australia-basic-facts-you-need-to-know/

The Fall of Australia: An overview of new ‘anti-terrorism’ legislation: https://tottnews.com/2014/10/06/australia-descending-into-darkness-draconian-laws-police-state-surveillance-and-more/

2 comments on “Census 2016: ‘The most significant invasion of privacy ever perpetrated on Australians’”

The End of Private Vehicle Ownership