South Australians who refuse to submit to on-the-spot fingerprint scans will face up to three months behind bars or a $1250 fine, under promised election proposals by Attorney-General and Deputy Premier, John Rau last year.

It has been revealed that under new legislation set to be released for discussion, police – with ”reasonable cause” – suspecting a individual of committing; about to commit or able to assist with a crime, can be subjected to this new measure. 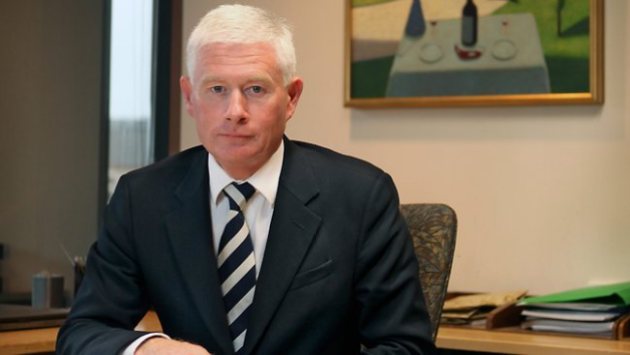 John Rau ensures the public that these measures are necessary. Photo: Adelaide Now

South Australians who refuse to submit to on-the-spot fingerprint scans will face up to three months behind bars or a $1250 fine, under promised election proposals by Attorney-General and Deputy Premier, John Rau last year.

In an article by the Adelaide Advertiser, it has been revealed that under new legislation set to be released for discussion, police – with ”reasonable cause” – suspecting a individual of committing; about to commit or able to assist with a crime, can be subjected to this new measure.

This would entail a person placing their finger or thumb on a palm-sized sensor pad, and if a result – determined by internal networks – is a ‘hit’, the scanner will display a photograph of the person, a list of current or prior offences and any outstanding warrants.

The proposal, Mr Rau has stated, will see laws loosened to allow officer to act upon “reasonable cause”, however, he has assured the public that their use will not be random and must be conducted under strict criteria.

These trials, conducted last year after the re-elected Weatherill government promised to enforce these new measures, has resulted in police units beginning to roll out 150 portable fingerprint scanners across the state.

In a statement by Mr Rau, he reinforces the notion that these laws are necessary for efficiency and effectiveness:

This demonstrated that legislative reform is necessary to enable police to use the scanners in wider circumstances, where a person does not have to give consent and police can scan for prints without the need to arrest.

As expected, these new measures have been met with backlash from civil liberty groups and individuals concerned about their privacy and freedoms, with President of the Law Society, Rocky Perotta saying in a statement that he has “…strong concerns about the idea of compelling someone to submit to a fingerprint scan on the spot.”

Being forced to have a fingerprint scan is a serious intrusion on privacy and should only be justified in extreme cases, which is why the current position only allows authorities to compel a scan after a person has been arrested.

The South Australian government is also looking to introduce new measures that would ensure people who attack police and emergency workers in South Australia will be forced to provide blood samples, according to 9news.com.au.

Currently, frontline assault victims currently have to wait up to three months to learn if they have contracted an infectious disease, including HIV and Hepatitis C.

Thank you to T. Hughes for the news tip about this information.

The Fall of Australia – An overview of new ‘anti-terrorism’ legislation: http://tottnews.com/2014/10/06/australia-descending-into-darkness-draconian-laws-police-state-surveillance-and-more/

Erosion of Privacy in Australia – Basic facts you need to know: http://tottnews.com/2014/01/23/erosion-of-privacy-in-australia-basic-facts-you-need-to-know

Listen to Ethan, John le Bon and Lindsay discuss plans to introduce on-the-spot fingerprinting to South Australia on Episode #24 of the Australian Roundtable Podcast on March 22nd, 2015 below.

Timestamp has already been pre-selected for easy access amongst the range of topics discussed on this episode, including the dangers of metadata legislation; Brisbane City Council’s executive bonuses; Research suggesting low confidence in media and government and much more!

The Australian Roundtable Podcast is a Brisbane-based, independent news/analysis/discussion panel podcast which broadcasts live every Sunday from 3pm AEST. The show features an eclectic panel of presenters who come together each week to discuss recent and topical news and current affairs from Australia and around the world.

The show provides an alternative perspective to that presented by the mainstream media, and is aimed at listeners in Australia and abroad who are skeptical of the official narratives being pushed by governments and the corporate, controlled news.

The End of Private Vehicle Ownership