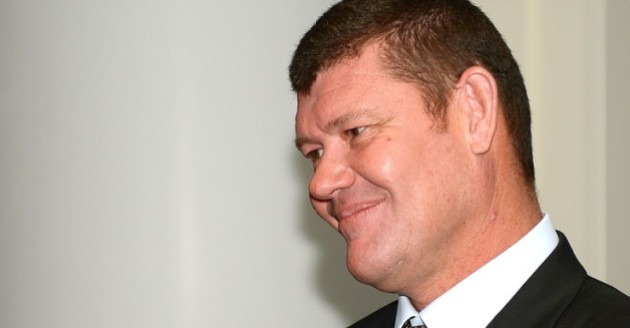 Packer is ranked as the third richest Australian. Photo: TheNewDaily

The casino and movie-making billionaire was spotted sitting next to one of Hollywood’s most prolific independent film producers Arnon Milchan, who helped bankroll the two most recent Oscar winners for Best Motion Picture, 12 Years a Slave and Birdman.

Mr Packer told The Daily Telegraph yesterday he has bought a house in Tel Aviv and had become friends with Mr Netanyahu, dining with him several times. 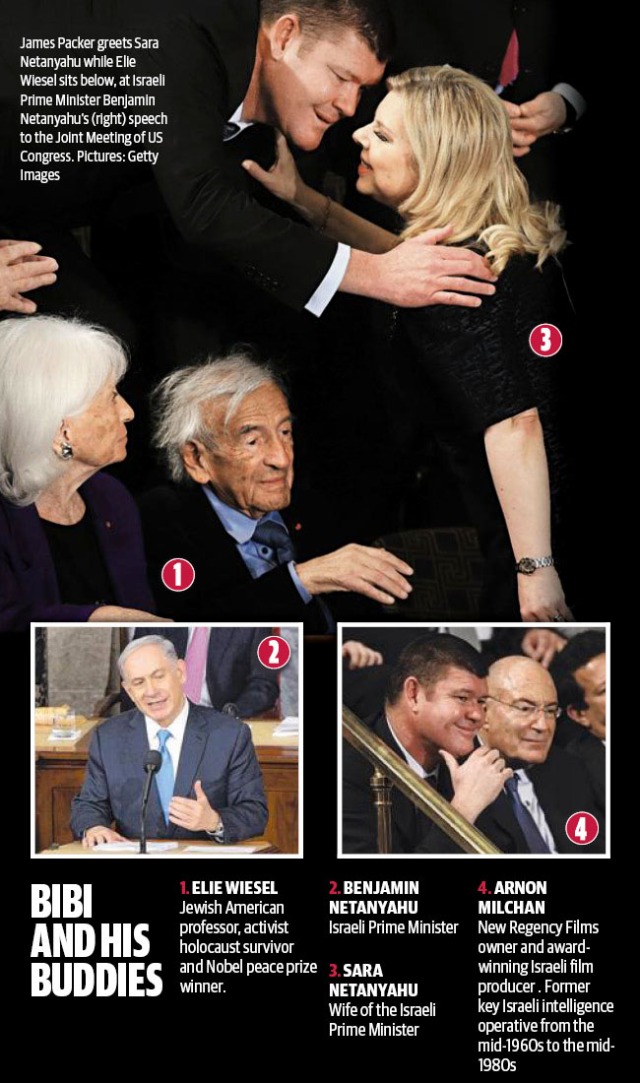 James Packer and Israel, for the world to see. Photo: Daily Telegraph

“It was an honour to have been invited today to hear such a truly historic speech — he has the hardest job in the world,” he said.

“Spending time with Arnon and Prime Minister Netanyahu has been an amazing eye-opener for me and it reinforces how lucky we all are in Australia.”

Mr Packer is not Jewish but has spent much time reflecting in Israeli after the breakup of his marriage to former singer and model Erica Baxter.

His partner in filmmaking venture RatPac, Brett Ratner, is Jewish, as are some of the biggest powerbrokers in Hollywood.

Mr Packer now divides his time between Israel, the United States, Australia and Asia, where his Melco Crown casino joint-venture continues to grow. Ms Baxter and the couple”s three young children are based in Los Angeles.

Listen to Ethan, John and Lindsay discuss James Packer’s connections to Israel on Episode #22 of the Australian Roundtable Podcast on March 8th, 2015 below.

Timestamp has already been pre-selected for easy access amongst the range of topics discussed on this episode, including Tasmania’s ban on fracking; Vaccination information; Victoria’s Ministry of Truth and much more!

The Australian Roundtable Podcast is a Brisbane-based, independent news/analysis/discussion panel podcast which broadcasts live every Sunday from 3pm AEST.

The show features an eclectic panel of presenters who come together each week to discuss recent and topical news and current affairs from Australia and around the world. The show provides an alternative perspective to that presented by the mainstream media, and is aimed at listeners in Australia and abroad who are skeptical of the official narratives being pushed by governments and the corporate, controlled news.